A colleague of mine, who’s a former newspaper reporter, tells a story about a savvy attorney she knew. He’d tip her off whenever he had a particularly juicy case if she promised to include his name alongside that of his client in her story. Whether he won the case or lost it, people remembered his name and associated him with high-profile cases. He’d figured out that having his name in the paper bought him something no amount of advertising could: credibility.

For anyone trying to build a business, sell a product or get their book into the hands of more consumers, the implicit endorsement that comes from being interviewed by the media is what I call “marketing gold.”

Let me explain. Thanks to the Internet, you and every competitor you have, big or small, have the same chance to reach your potential consumers. So, what makes one business, one product or book more appealing than another? It’s endorsements from the media that make you stand out. Let’s face it – if USA Today has chosen to review your book, or refer to it in an article, it gives reason to believe there’s something special about it. If a doctor is quoted in the news about solutions to a particular health issue you’re dealing with – your instinct will be to check out him and his product first, because the media must consider him an authority to have quoted him.

When the media recognizes that you have something important to say, you gain credibility. This is the marketing gold I’m referring to: the endorsements from TV and radio show hosts, the editorial coverage in newspapers and magazines – and now, bloggers, news Web sites and followers on social media too. All these forms of recognition give others confidence you’re as good as you say you are. But, it’s upon you to use this “gold” as a critical part of your marketing to let people know these endorsements exist.

The return on investment usually isn’t immediate, which can be frustrating to people who expect a surge in business or a spike in sales with every media interview. That used to happen more often in the old days – I’m talking way back in the ’90s – when a radio talk show host might chat with you for 30 or 60 minutes and newspapers had twice as many pages to fill. It became apparent that when a client’s message clearly addressed an urgent public problem, along with their expertise and solution-oriented content, they could hit the jackpot.

From January to April, an IRS expert who spoke of resolutions to IRS problems or gave on-air tips on how to prevent IRS abuses would always see a huge jump in book sales. Or, the health expert, who got on the air during flu season and explained why his health program would make them feel better faster would sell a ton of product.

But the old days are gone and here we are in 2018. Today’s talk radio interviews are brief – 7 to 10 minutes in the larger markets – and newspapers have no space for full feature stories on interesting entrepreneurs and writers. There are far fewer opportunities to grab an audience for a significant length of time.

So how do you grow your investment in PR? Marketing your media exposure is a strategy that pays big dividends over time – but requires an effort from you.

Don’t forget to mention the media coverage to your Twitter followers and Facebook fans, too. The third-party endorsement will help you build more contacts, because people like knowing who the experts are and following them.

Use the media you’ve obtained to help you gain more TV, radio and print exposure. It serves as credibility for journalists as well and they will be more likely to want to interview you if you’ve already been vetted by other media professionals.

Let your personality shine online and respond to journalists and followers alike with interesting commentary and insights – not pleas to buy your book or product.

Yes, it takes work, a strong theme and a message that resonates.

But if you invest wisely, you’ll grow rich in marketing gold.

Ronnie Rokk Smith is a certified Digital Marketing Specialist who has been certified by Digital Marketer HQ. He also does Video Production work & Editing and is a Product Creator. He loves helping others get ahead in their online business and strives to see success in everyone. 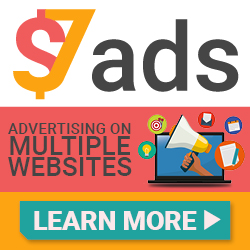 Our website is made possible by displaying online advertisements to our visitors. Please consider supporting us by disabling your ad blocker for our website.

This website uses cookies to improve your experience while you navigate through the website. Out of these cookies, the cookies that are categorized as necessary are stored on your browser as they are essential for the working of basic functionalities of the website. We also use third-party cookies that help us analyze and understand how you use this website. These cookies will be stored in your browser only with your consent. You also have the option to opt-out of these cookies. But opting out of some of these cookies may have an effect on your browsing experience.
Necessary Always Enabled
Necessary cookies are absolutely essential for the website to function properly. This category only includes cookies that ensures basic functionalities and security features of the website. These cookies do not store any personal information.
Non-necessary
Any cookies that may not be particularly necessary for the website to function and is used specifically to collect user personal data via analytics, ads, other embedded contents are termed as non-necessary cookies. It is mandatory to procure user consent prior to running these cookies on your website.
SAVE & ACCEPT